The 4th grade California Mission experience is a state right of passage and it would be hard to beat the introduction to that world offered by the rangers at San Juan Bautista State Historic Park.

The tour of the park that my daughter's class was lucky enough to experience this week introduced them to the Native Americans who lived in the area for many thousands of years, the Spanish priests who arrived a couple of centuries ago and transformed the native culture, the Mexicans who came next, threw out the Spaniards and got the locals to work on their huge ranches, and then the late-arriving eastern Americans who ended up running the show, mostly as a result of shear force of numbers (and a fair bit of squatting).
We learned that the anglos, however, weren't that smart about climate-appropriate building. Take the adorable 19th century log cabin house that now resides right next to the Historic Park museums (it was originally built about a mile away). 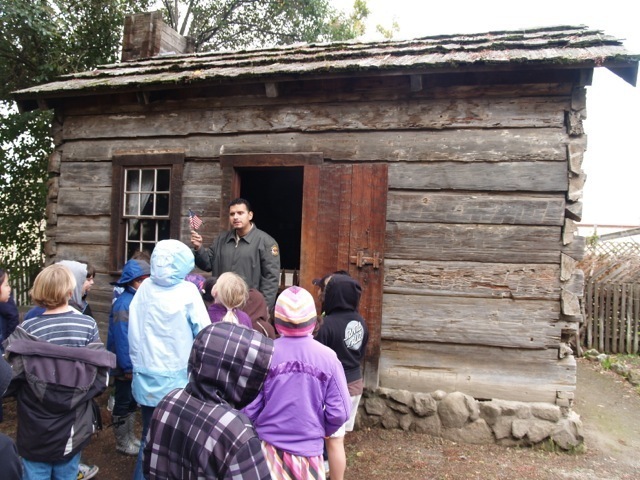 It's highly attractive to anyone educated to admire the mythic west or fancy ski cabins. The hand-hewn authenticity of it is straightforwardly impressive. Look at the joinery: 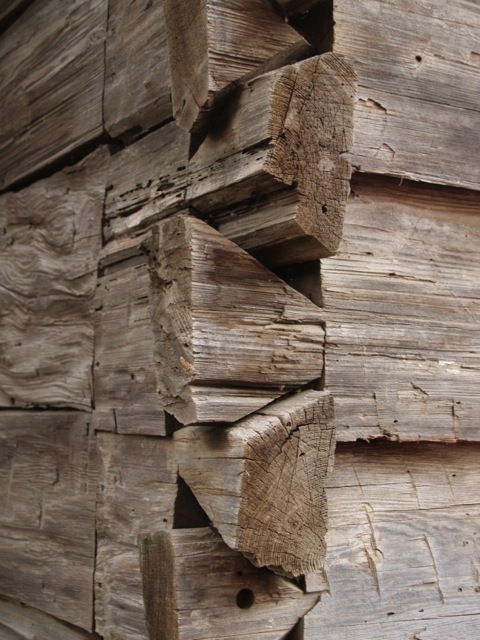 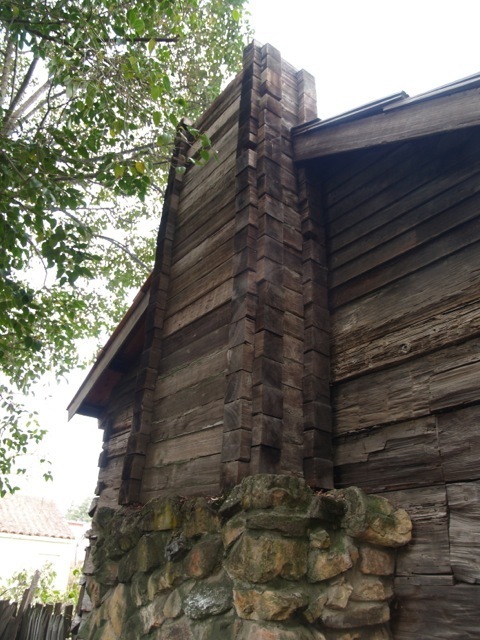 But the reality is that it was built within spitting distance of houses that were far better adapted to the local climate, but which the anglos were unable to build -- the adobe homesteads of the Spanish and Mexicans. It's hard to believe that the building below is actually older than the one above, but it is. Plus it was cooler in the summer and warmer in the winter, unlike the picturesque but non-insulated and hole-ridden cabin. 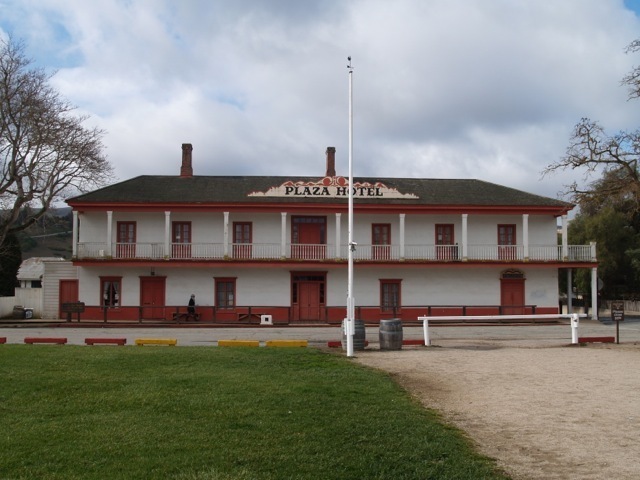 It's interesting to wonder why the anglo settlers settled on a such an inferior building style. Could they not afford adobe (which is just made from clay and cow manure, after all)? Maybe they didn't realize what was better. Or perhaps no-one would tell them. Or were were they afraid, or too proud, to ask?