So this is the hole, drilled by hand.  It goes about 10 inches deep into solid granite.  Into the hole went gunpowder at first.  Later, nitro-glycerine, a newly-discovered material made to order on site, was the preferred explosive. 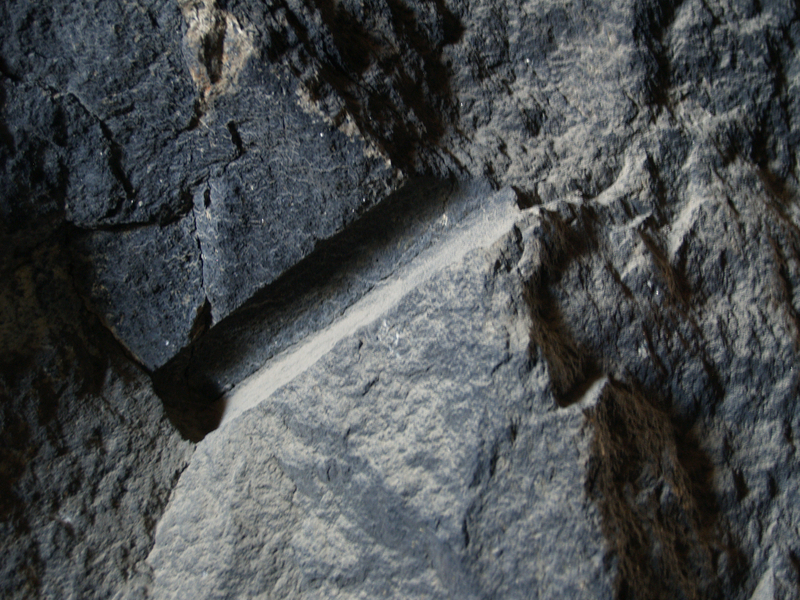 This is a blast shadow.  The hole is about two inches wide.  The blast moved roughly a two foot diameter of rock perhaps six inches deep.  Progress overall was under a foot a day. 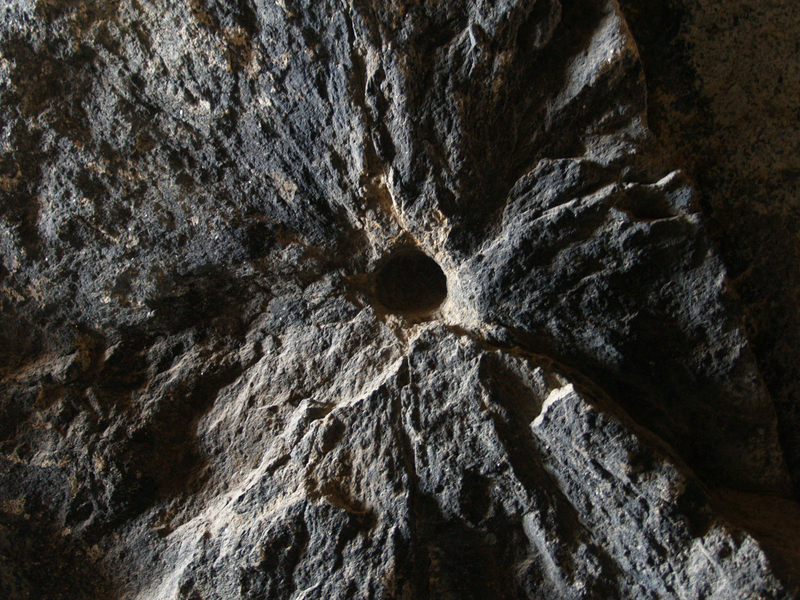 These pictures are from Tunnel 6, the legendary 1,659 feet bore under the summit ridge at Donner Pass, near Truckee, dug for the Central Pacific Railroad in 1866-7.  With three teams of laborers working in eight hour shifts around the clock on four different faces (one at each end and two created by digging an access shaft from above), it took 15 months to complete.  In all six tunnels were needed to get around the summit and Donner Lake, down to the Truckee River.
These are next two tunnels, looking East, with the lake behind. 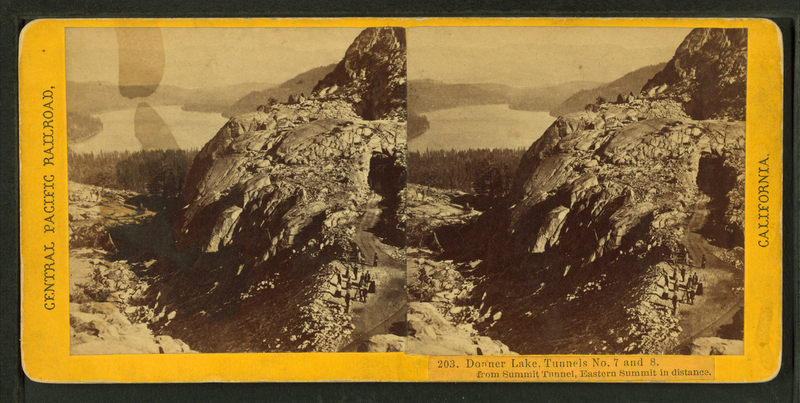 The laborers who dug these tunnels were all Chinese and Chinese-American.   According to Stephen Ambrose, a group of Irish workers were hired at one point and encouraged to race the Chinese teams.  Each day, the Irish were handily beaten and eventually refused to compete.  They were put to work elsewhere.
We in Silicon Valley like to think we work hard.  Besides reminding us of the brutal history of California's early settlement, a trip up to the Donner Pass to walk these tunnels (some of which no longer have trains running though them, so they are safe to enter) is to be reminded what hard work really is.